Renowned architect and artist Anthony Lord is believed to have made the ornate door knobs and hardware in Chiles House.  Jake Chiles’ son, John Chiles, was said to be good friends with “Tony Lord”  Examples of Anthony Lord hardware include those below: 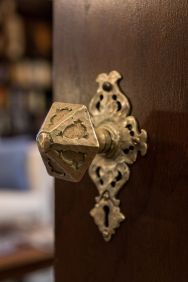 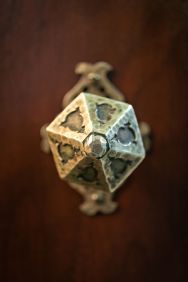 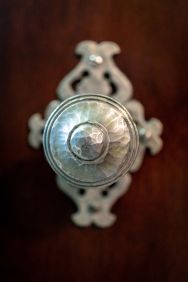 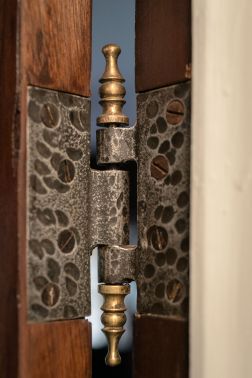 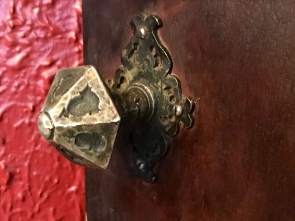 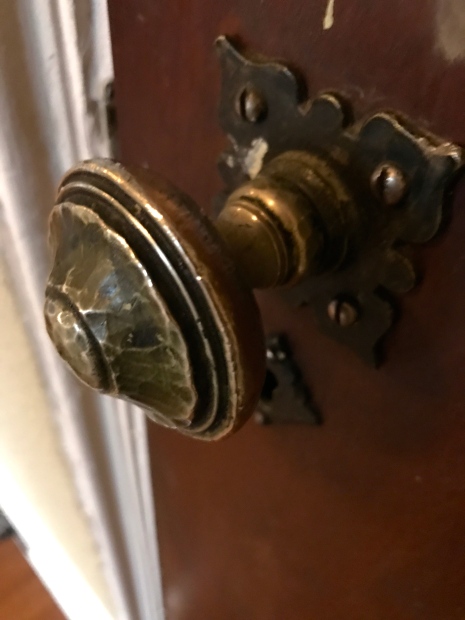 Anthony Lord was born in Asheville in 1900, the son of Helen and well known architect William H. Lord. After graduating from Yale University in 1927 he joined his father’s firm, now Lord and Lord, in 1929. During the depression, his Flint Architectural Forgings produced metalwork for the National Cathedral in Washington as well as for area homes.

In 1933 he resumed practicing architecture. In 1941 he helped found Six Associates, a leading Southeastern architectural firm. He designed the Asheville Citizen Times building in 1938 which is still in use today. He designed the D. Hiden Ramsey Library at UNCA and other buildings at UNCA, Warren Wilson College, Western Carolina University and UNC-Greensboro. He also designed the Kenilworth Doan Ogden/John Cram residence and the Biltmore Forest Charles D. Owen home. Lord retired in 1971.

Seeing urban design as a source of wellbeing and comfort, he was an early advocate of trees in cities, siting a single Sycamore tree at the entrance to Wall Street. As early as 1956 he had a letter published in the Asheville Citizen-Times stating that that if the city council would approve replanting trees in the business district, he would give two trees for Pritchard Park.

Anthony Lord was many things. An architect, an ironworker, a community activist, a leader of the public library, a flutist, a lover of nature, water color painting, photography and travel. He earned the designation Anthony Lord, Renaissance Man. Lord died in Asheville in 1993 at the age of 93. 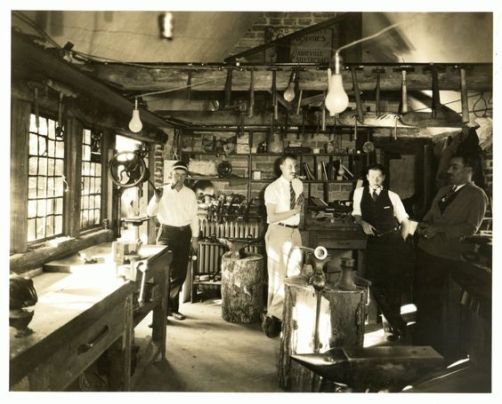 I have no way of verifying this, but here’s a photo of the ball peen hammer of Anthony Lord still being used by artist Kathy Van Kleek

Some links about Anthony Lord